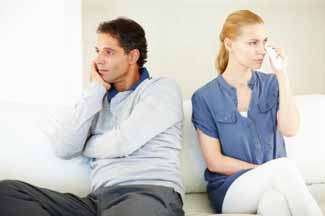 Just as each person is different, every divorce case is different. Perhaps if this wasn’t true, there’d be less divorce! Though that world might be easier, it certainly isn’t the one in which we live, as seen by the interesting scenario a potential client approached us with.

He and his wife had filled a separation agreement. They were both in accordance that neither party wished to be supported by the other. In the final stretch of the divorce process, the couple hit a bump in the road on the way to separate paths that so enraged this man’s wife that she began “stonewalling”. According to the husband, he deleted some old pictures, which infuriated his wife to the point where she refused to refile a FL-141. This is a mandatory form in which you swear to the court that you have served your Preliminary and/or your Final Declaration of Disclosure. Though this is a personal matter, this man believes his wife won’t listen to reason. He asks if his next step should be to request a trial.

The key idea to remember: don’t jump the gun. It is best to do all things possible to avoid a trial, especially if you can’t afford a lawyer, as this man indicated he could not. Rather, he should start with a sincere letter apologizing for deleting the old photos. Ask her politely to move forward. If she doesn’t listen, then this man will have to file a motion to compel, which is never easy to do without legal assistance.

For more information on this topic, please visit our website: http://stanprowse.com/contested-uncontested-divorce