Reconciliation. Making amends. Getting back together. For some divorced couples, it isn’t just a laughable notion or a vastly unlikely fantasy. For some, it can actually happen. This seemed to be the future for one potential client, a woman who reports she and her ex-husband have agreed that their parting of ways was a mistake and that they’re currently trying to get back together. However, an outside force is blocking the couple and their son from coming together under the same roof. What is this outside force? The landlord of the ex-husband’s apartment.

The woman states that the landlord “will not allow me in or on the lease because they don’t want a divorced couple living together. They think it will cause domestic violence which was never the case or ever happened.” She has been sneaking into the apartment at night to see her family, otherwise, the landlord will evict her ex-husband and son. Her question is this: can the landlord really refuse to allow her to move back in just because she and her husband are divorced, and are trying to reconcile?

If the lease agreement is in her ex-husband’s name and she is not listed as an approved occupant, the landlord could terminate the lease if her ex-husband lets her stay there. However, simply not wanting a divorced couple to live there is by itself probably a violation (at least arguably) of some California fair housing laws. She should find a lawyer that handles landlord-tenant law, specializing in representing tenants rights, and see how best to tackle this situation. We all know it often takes a court case to split up, but who knew it could take another to get back together?

We advised her not to worry- because she is unemployed and has no income, no Court is going to make her pay spousal support, so that needn’t concern her until she gets a job. Even then, if he’s employed, chances are he would be making more money than his ex-wife, and he would be paying her spousal support. Nonetheless, she probably would not get more than two years of support from the date the couple separated – they had a short marriage. Unless she knows he’s working and getting a paycheck he can garnish, her first order of business should be to find work for herself. 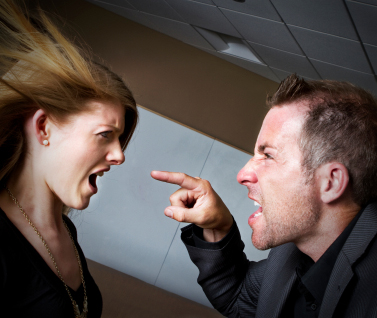 California’s restraining order laws threaten to drive us into a state of anarchy, or as Thomas Hobbes called it in Leviathan, the war of all against all.  So far our legislators have devised six of these things.  Best known to the general public are the two laws providing for restraining orders to prevent civil harassment and domestic violence. Mostly unknown to the general public are the other five, for restraining orders to prevent elder abuse, workplace violence, private postsecondary school violence, and transitional housing misconduct.

There’s a mandatory set of do it yourself forms for each of these, including instructions.  You can get a temporary restraining order (the “TRO”) without notice to the bad guy, a noticed hearing (a mini-trial) has to occur within 15 days, and at the hearing you can get a three year “permanent” injunction against the bad guy with “no contact” and “stay away” orders and other goodies.  For civil harassment and domestic violence there’s no filing fee, and you don’t have to post a bond to get the TRO (if you lose at the hearing, to pay the defendant his costs and any fees he incurs). Everyone and anyone can play.

As usual, good intentions started the ball rolling.  For decades you’ve been able to sue somebody for intentional infliction of severe emotional distress.  In theory you could get a temporary restraining order and a preliminary injunuction pending the trial, but it could take months to do it, as well as lawyers, a pile of custom paperwork, a bond, and lots of money.  Then after more months, there was a full dress trial.  This was injustice.  What was needed was a quicker, cheaper way to get an injunction stopping the infliction and thus the distress.

Domestice violence posed a similar problem.  The cops could arrest the offending spouse, but he or she would be out on bail and back home in a couple of days, throwing plates, punches, or worse.  Again, a quick, easy, and cheap way was needed for the battered spouse to get “no contact” and “stay orders” preventing future injuries.

These days the problem is two-fold.  First, too many people exaggerate if not lie about the harassment or the violence.  For example, if you’re holding a grudge aginst some one for some real or imagined slight, it’s easy to make up a story with all the required ingredients for legal harassment. Because most of the stories judges hear in these matters are “he said, she said,” TRO’s are seldom refused, and three year injunctions are the norm.  For a spouse contemplating divorce, an allegation of domestic violence is a particularly tempting way to get the upper hand, particularly if child custody will be an issue.

Second, too many police officers tell people they need to get TRO’s and injunuctions.  Experience indicates that when the police are called to deal with supposed harassment or domestic violence, they often tell the victim he or she must go to court and get a TRO, even if the victim would otherwise not do so.  The days of the Irish cop persuading people to calm down and make up are long gone.  In one domestic violence case, the first words of the first officer entering the house were, “Some one is going to jail tonight.” Despite the girlfriend’s pleas that the argument was over and her boyfriend shouldn’t be arrested, off to jail he went.  At least the police seem to be gender neutral.

In fairness to the judges and the police, there is something to be said for being cautious.  Failure to seek a TRO and an injunction, or a mistaken refusal to issue them, can sometimes lead to results nobody would want.  On the other hand, the existence of these streamlined remedies seems to encourage their unnecessary use, and to discourage people from avoiding situations where they might indeed be necessary.